A general purpose dungeon map. Now, I can imagine this to be the place for some sort of secret ritual. Six small chambers (for prisoners? For young virgins? For monks?). The large room with the pillars is connected to the preparation room for the priestess. Or is it the thaumaturgic retreat of the Necromancer? To the right is a cave with a well of some kind of power. Maybe a gate to another world? The lair for some underwater entity?

My goto tool for map making is the unsurpassable Inkscape. Inkscape is a free and open source vector drawing program like Coreldraw and Adobe Illustrator. The usability, availability and features makes this one of my favourite applications. While it's easy to get started once you get a grasp of vector-driven drawing, there are so many functionalities to learn that will ease and enhance the mapmaking experience.

Later on I'll add tips and tricks for map makers how to make good use of Inkscape. 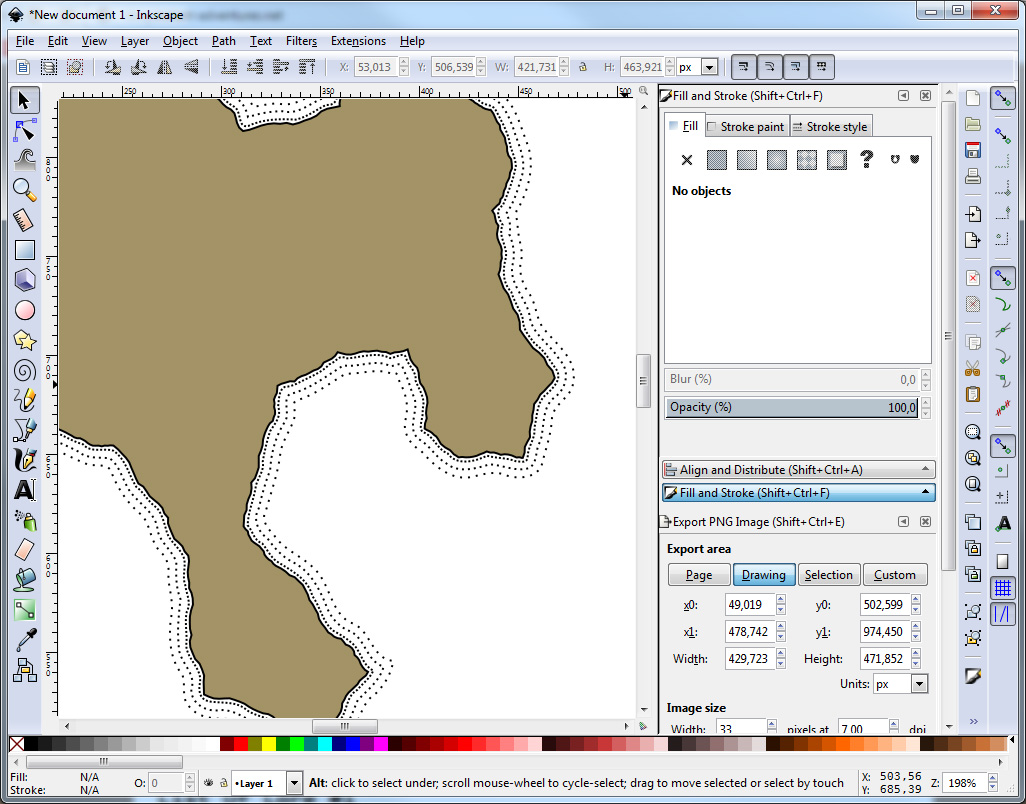 A List of Lores that can be randomly told to the players during a game to create a history or to provide waypoints. These lores or rumors need to be rather vague to allow multiple interpretations. Adventures sprout from here.

About Maps, Mechanics and Musings

This blog will be the sublimation of my thoughts and writings about games, game mechanics, maps and other stuff that I find interesting.

I am a dedicated dad and husband who is fascinated by randomness and creation. During the day I create code and applications. During my free time I create music, games, maps, food and drink.